“Homes inspired by you”— with this tagline, Taylor Morrison helps aspiring home buyers secure the house of their dreams. Taylor Morrison believes in creating homes and even neighborhoods suited to individual buyers instead of sticking to the same design with a one-size-fits-all approach.

This is a major reason behind their success. The company has over 100 years of professional experience in building homes, so they know almost everything there is to know about homebuilding.

Way back in 1905, C.G. Morrison founded Morrison Homes in Seattle and in 1946 moved the company to Northern California. At that time, they were focused on building homes for first-time homebuyers in the midmarket communities in the cities of Phoenix, Orlando, Fort Myers, Denver, Austin, Jacksonville, Sacramento, Houston, Tampa, and Sarasota.

In 1984, the company was acquired by George Wimpey Plc, which went on to acquire Richardson Homes in 2001 and integrated it under the Morrison brand.

The brand of Taylor Woodrow was founded by Frank Taylor and Jack Woodrow in 1921, when they constructed a couple of semi-detached, modest houses in Blackpool. During that decade, the company focused on providing high quality, affordable housing in Lancashire and diversified into general construction in the 1930s. Taylor Woodrow forayed into Canada’s construction market in 1936 and the company kept on developing to enter the high-rise building business in 1994.

The 6th of July 2007 marked an important date as on this day Taylor Woodrow Plc., Taylor Woodrow Inc., the UK-based parent brands of Morrison Homes Inc., and George Wimpey Plc. came together to form Taylor Wimpey Plc., which became one of the biggest home-building companies in the world.

Up until 2008, these companies operated under their existing individual brands, and it was in this year that the all-new brand of Taylor Morrison took shape. Today, the company has its corporate headquarters in Arizona, and provides mid to upscale homes in Colorado, Florida, California, North and South Carolina, Georgia, Texas, and Illinois as well.

The brand is no stranger to challenges. In fact, right after their inception, the company had to tackle the effects of the recession as home buyers were not too familiar with the brand name despite it being such a large business. Creating consumer awareness and an identifiable personality at such a time poses its own set of unique challenges, but the company faced it head on.

With an interactive campaign targeted at home shoppers that leveraged all forms of media, social media platforms, and public relations, Taylor Morrison managed to boost awareness and sold more than 550 new houses in the period between 2012 and 2015. The brand also managed to increase its fan base on Facebook by about 6,000% within four years!

The company developed its ‘Trademark’ campaign, which went onto evolve as the ‘Live Your Trademark’ campaign. In 2015, they launched a new series of videos under this campaign, and the top video received more than 12,000 views on Facebook―a strong indicator of its success. Today, Taylor Morrison continues to be one of the biggest brands in the sector and was even named as ‘America’s Most Trusted™ Home Builder’ in 2016 by Lifestory Research.

There are several factors that set Taylor Morrison apart from the rest of the competition. The quality of housing and the immense thought they put into building each of their communities are a couple of supreme factors, but the deciding factor is the personal relationship that the company develops with every home buyer. They strive to create a smooth, hassle-free experience for customers – right from understanding their individual needs to providing support throughout and even after the home building process.

They understand that buying a home is much more than just selecting a brick-and-mortar structure, and customers can take advantage of the company’s experienced and knowledgeable representatives to select amenities, location, and more according to their lifestyle in order to make an informed home buying decision.

The homes created by Taylor Morrison are designed using sustainable materials and are built to be energy-efficient, which strikes a chord with environment-conscious home seekers. The company is an ENERGY STAR® partner and is committed to the cause of building eco-friendly houses.

Taylor Morrison works to provide every customer with a unique home styled according to individual preferences, and this is where their Design Studio comes in. When you buy a new home from this company, you can take your pick of tiles, finishes, designs, flooring, home tech gadgets, and a lot more.

The consultation process provided by Taylor Morrison gives you a polite, informative, and helpful experience at the studio where the consultants understand your specific requirements and help you pick out the best-suited products for your home.

They also help customers sort through options according to design budgets so that every home buyer can make the best use of the space without going overboard on the final price tag. As the company puts it, now you can “Add Your Signature Touches” on your new Taylor Morrison home.

Great New Homes in Houston, TX from the $200s 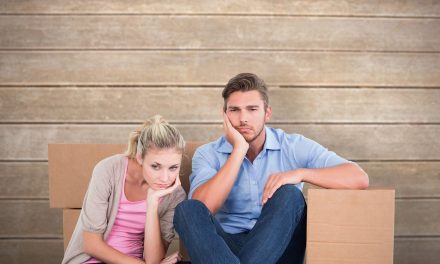 44% of Americans Have Home Buyer’s Remorse: Here’s how you can avoid it